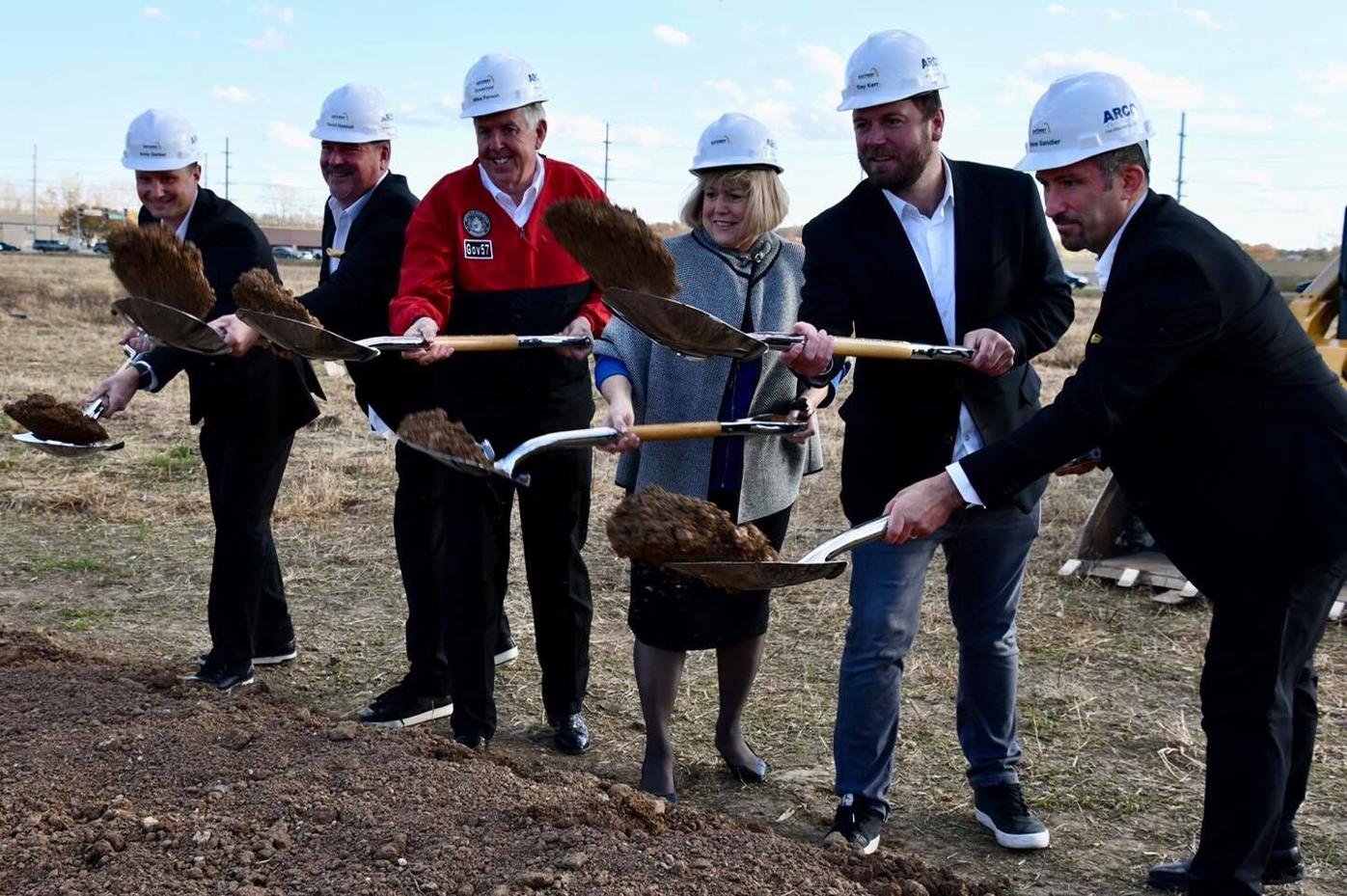 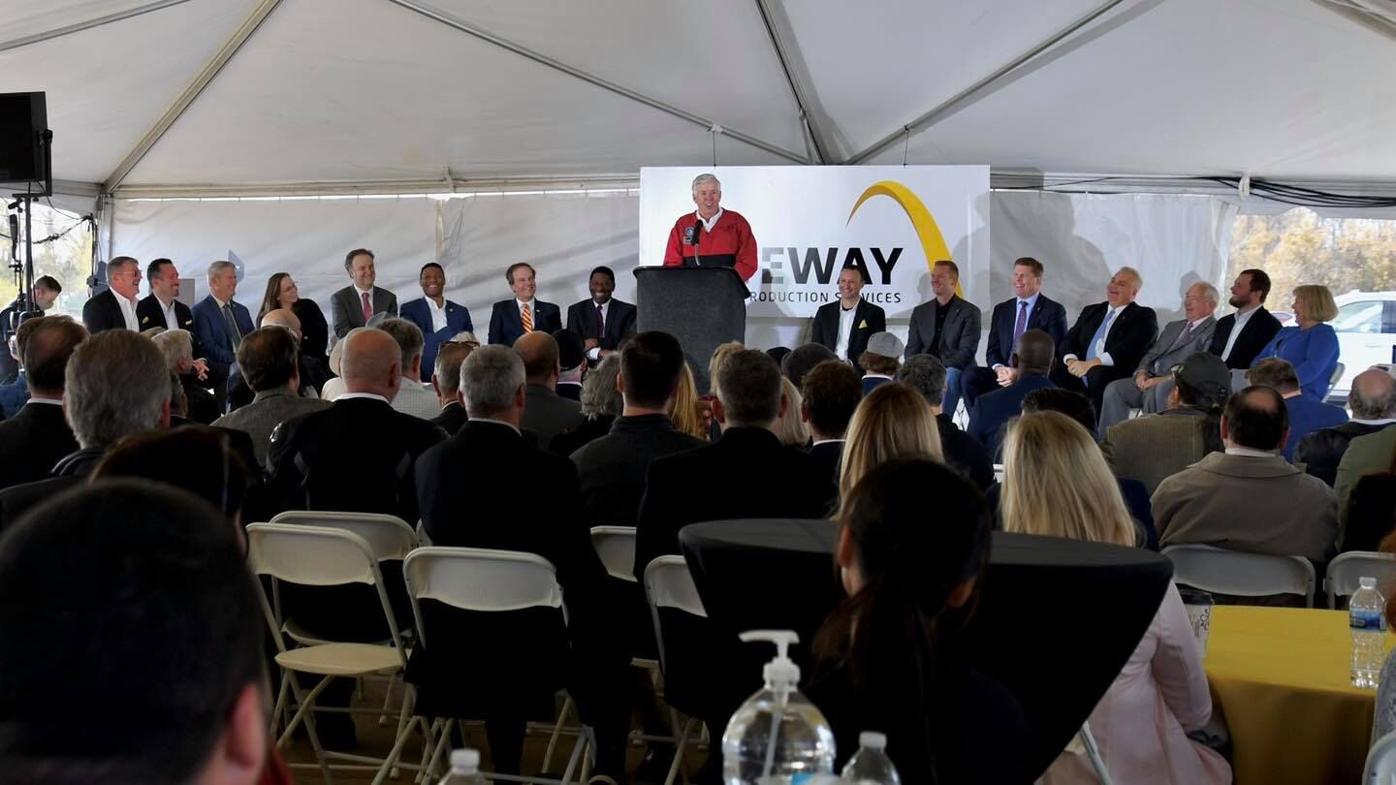 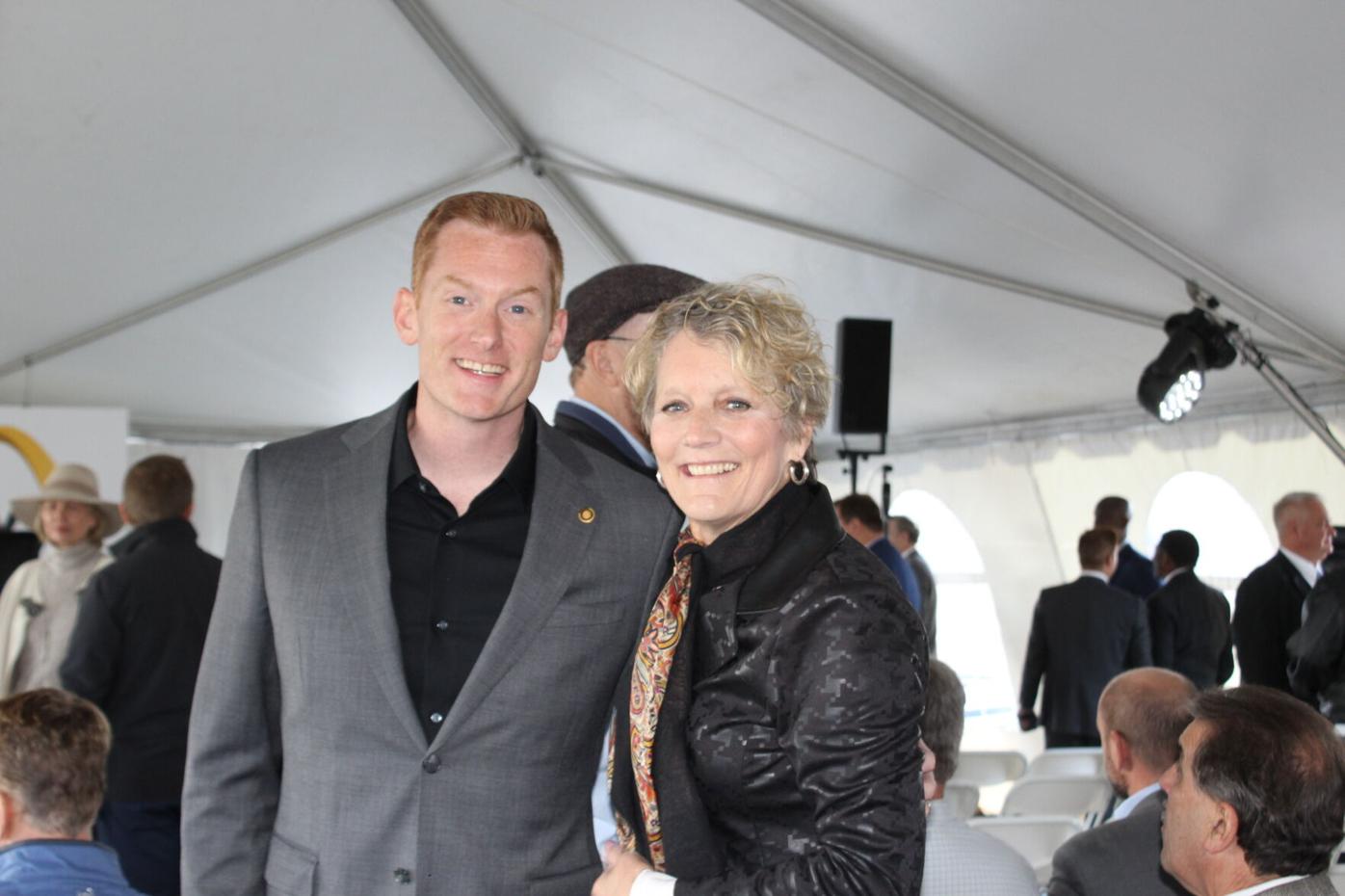 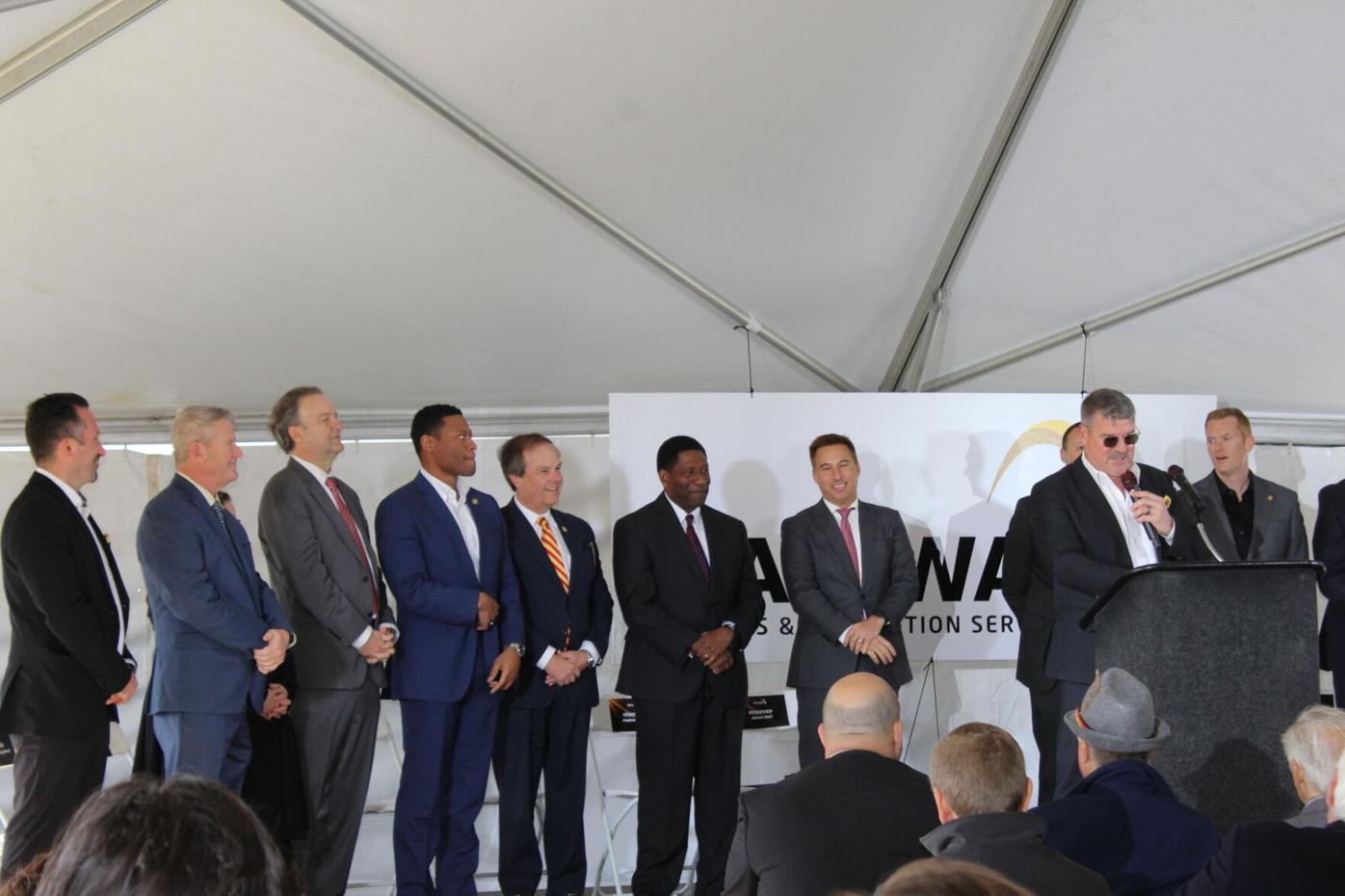 Local leaders gathered in Chesterfield on Nov. 11 for the groundbreaking of Gateway Studios and Production Services. 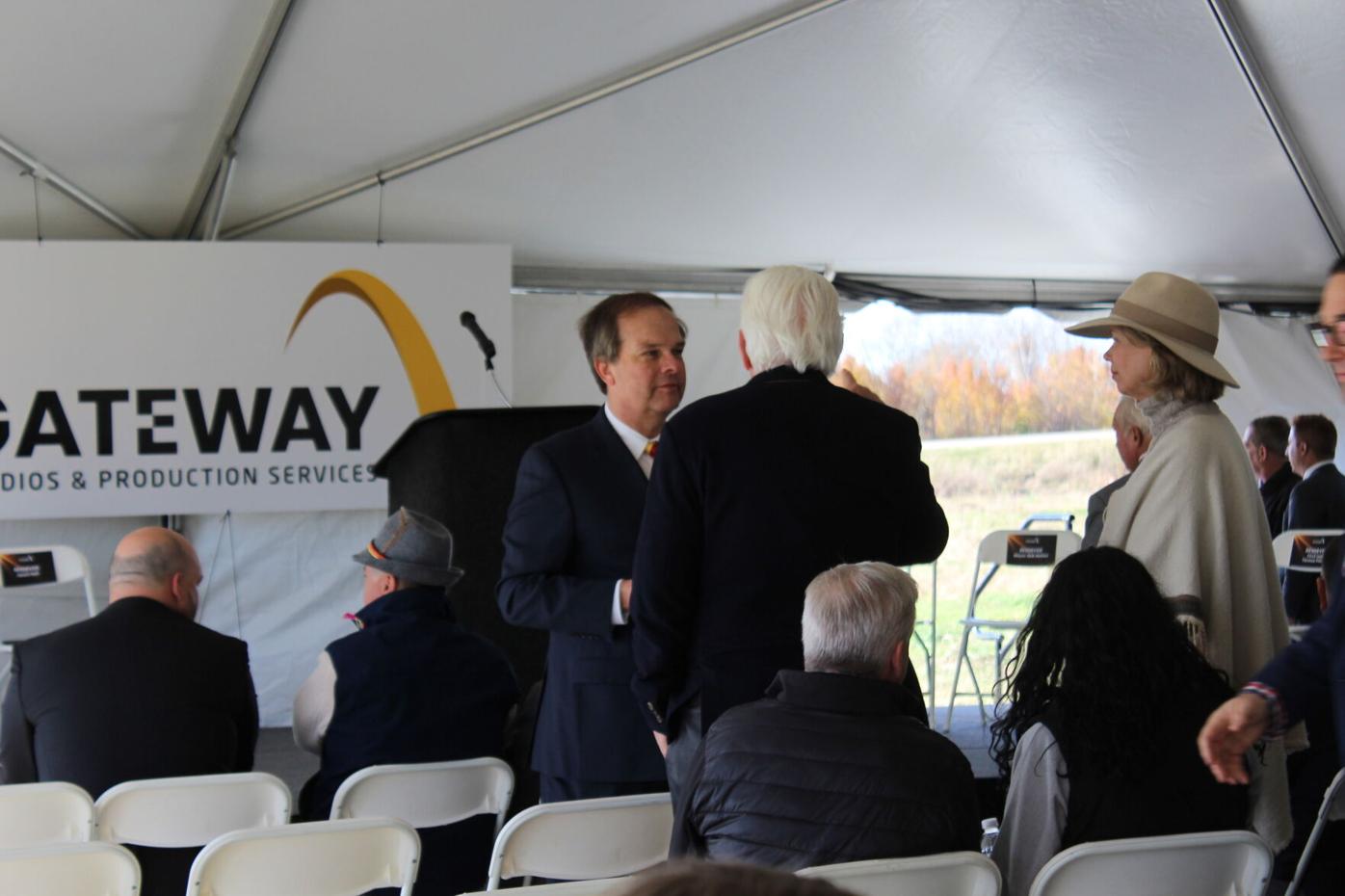 Local leaders gathered in Chesterfield on Nov. 11 for the groundbreaking of Gateway Studios and Production Services.

In the middle of an empty field under a large white tent, a groundbreaking ceremony was held for what promises to be the largest production services and rehearsal facility in the country.

Gateway Studios and Production Services held the event Nov. 11 on the 32-acre site at the intersection of Spirit of St. Louis Boulevard and Chesterfield Airport Road, where a 330,000-square-foot production and rehearsal studio will be built.

David Haskell, president of business development at Gateway, made the introductions. Haskell is one of four entrepreneurs behind the massive development. The other partners are Trey Kerr, CEO; Andy Gerber, COO; and Jesse Sandler, president of Studio Operations.

“When the pandemic shut down the industry, thousands of top industry professionals were displaced and out of work overnight,” Kerr said.

He said he and his cohorts brainstormed for countless hours and came up with the idea for Gateway Studios.

Haskell previously has said that the facility will include office space, four huge studios – one the size of a football field, a staging room and storage areas. The lobby of the main building will house a museum with paraphernalia from the music business. A 7,500-square-foot kitchen will also be on-site. A 5-story, 168-room Spirit Hotel with 32 suites will be open to the public and corporate clients. Additionally, a secure nightclub to be called B Goode Lanes, in honor of St. Louis native Chuck Berry, will hold live performances on a 60-foot by 40-foot stage.

Kerr, who is from St. Louis originally, said they looked at other areas and decided that Chesterfield Valley was the perfect spot for Gateway Studios. He said he looks forward to bringing the music industry back to St. Louis in this one-of-a-kind facility that will set a new bar for the touring industry.

Nation said he was honored and grateful to St. Louis County and the state of Missouri for helping to bring this "magnanimous" project to the city.

"It benefits Chesterfield, St. Louis County, the region and the state," Nation said.

The St. Louis Economic Development Partnership worked with the county to authorize the issuance of Chapter 100 bonds in an amount up to $130 million to finance part of the project.

Page noted that the path to bringing Gateway Studios to Chesterfield included competing with both Georgia and Tennessee. He said he was grateful that the county emerged as the winner.

“The county is the economic engine of the region,” Page said. “Gateway Studios and this new industry for our region bring with it more jobs and more investment opportunities.”

In his comments, Parson noted that Democrats and Republicans worked together to bring jobs and businesses to the state.

"These are things we should agree on," Parson said. "This is a great day and a huge opportunity to do something we’ve never done before at this level."

The state will provide up to $2.9 million in incentives from the Missouri Works program.

The groundbreaking itself was held in front of two massive tractors with flags flying overhead, fitting as the nation celebrated Veterans Day.