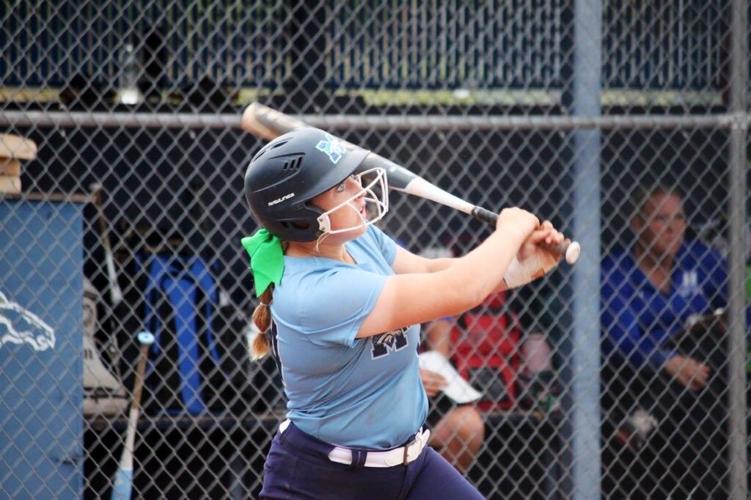 Marquette senior Natalie Cox hit .407 with a team-high 38 RBI. She also slugged 15 homers to give her 24 in her career with the Mustangs. (Amanda Wilson photo) 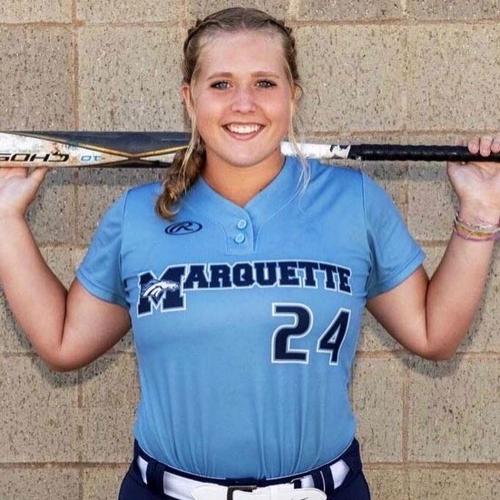 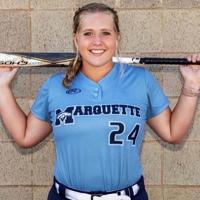 Marquette senior Natalie Cox hit .407 with a team-high 38 RBI. She also slugged 15 homers to give her 24 in her career with the Mustangs. (Amanda Wilson photo)

The slugger belted an area-best 15 homer runs this season in helping Marquette go to Springfield to play in the Final Four. Her final one came in the Class 5 semifinal game against eventual state champion Blue Springs South.

"I think it is really exciting," Cox said about sharing the record. "Kelsey Lennox, who set the record prior (in 2016), is an amazing player. To compare to what she accomplished during her time at Marquette is surreal. I always looked up to her."

Cox hit .407 with a team-high 38 RBI. A four-year starter, she hit nine homers before this season. Added to her 15 this fall and Cox became the all-time home run leader at Marquette. Lennox, who is playing in college at South Dakota State, had 23 in her career.

"Each at bat I stayed true to my swing and worked on having good pitch selection," Cox said. "Being first in the area definitely surprised me. I was just excited to see the results of my hard work."

Cox noted that she didn't change anything major in her approach.

"I just made sure to go into each at bat level-headed," Cox said. "Outside of games I worked hard on pitch selection and I think that helped me in the long run. I also gave myself three word cues, or put a song in my head to help me focus."

Meyer agreed Cox put in the work to achieve what she did not only this season but in her career with the Mustangs.

"I have watched her for three years hitting in the cage and on the field in practice," Meyer said. "There is a lot of bat speed and power there and once she made a few simple adjustments, it was apparent she could be a consistent power hitter. I thought she was thinking too much prior to this season and once she kept things simple, it really made a difference.

"Natalie is very strong and maintains a consistent weight room routine. She is a very smart hitter and has a good eye for the strike zone. If she got her pitch and used her legs along with a compact swing, it was going to get hit hard."

Adam Starling was the coach for Cox's first years in the program. Starling stepped up to become the athletic director this season. He knew Cox always had the ability to do what she did as a senior.

"Natalie has always been a performance leader in her time at Marquette," Starling said. "I always knew that she had the potential to be a great power hitter, the question was, when would the consistency come. It came this year in a big way."

Meyer was the assistant coach under Starling. He, too, always liked how Cox went about her business on the diamond.

"Natalie was ready to make an impact at the varsity level as a freshman. She has a tremendous work ethic," Meyer said. "Natalie was versatile and able to play the outfield, pitch, play first base and be our DP (designated player). She has also been a part of a lot of success and clutch performances."

Starling recalled several instances where Cox delivered in the clutch for the Mustangs.

"Natalie has been a key cog for the Marquette softball program all four years. She closed out the 2019 district championship in the circle her freshman year in a 9-8 victory over Eureka," Starling said. "Her sophomore year in 2020, Natalie sent the Mustangs to the Final Four with a walk-off home run in extra innings against Cape Notre Dame. This year, she hit a solo home run that proved to be the difference in the state quarterfinal game, again sending the team to the Final Four, this time against Lindbergh in a 1-0 win. She seems to have a flair for the dramatic coming through in big moments."

Her ability to play different positions helped the team. Cox pitched. She played first base. She played in the outfield.

In her career, Cox finished with a 24-13 record as a pitcher.

"I love to pitch. It is like a chess game," Cox said. "Finding each batters weakness and executing a spin to get a desired result has always been very mentally fulfilling for me. I like the strategy of it all. I like to be a part of every play, knowing my team has my back."

According to Meyer, Cox played about the same amount of games as a pitcher, right fielder, first baseman and DP.

"That is not easy to do, so it shows how versatile she could be," Meyer said. "She has won quite a few games (as a pitcher) in her high school career and beat some good teams this year."

The Mustangs lost both games at state to finish fourth. That disappointing result did not change how Cox feels about the program.

"I really enjoyed this season. Our team chemistry this year created so many special moments. I am so happy that I was given the opportunity to be a Mustang and that I stuck with it," Cox said. "High school softball is different from anything else I've experienced in my career. I met some of my best friends, and made lifelong memories. I am grateful for that."

Meyer believes she will do well at the next level.

"Nat is a very hard worker. She is very determined and is just scratching the surface as a softball player," Meyer said. "Her best softball is still in front of her and a college would be crazy not to give her a chance."