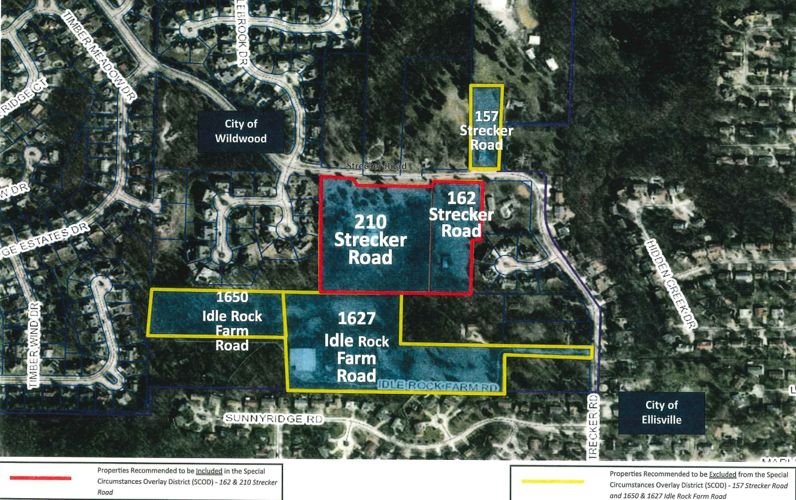 Two properties along Strecker Road have been selected for the Special Circumstances Overlay District. (Source: City of Wildwood) 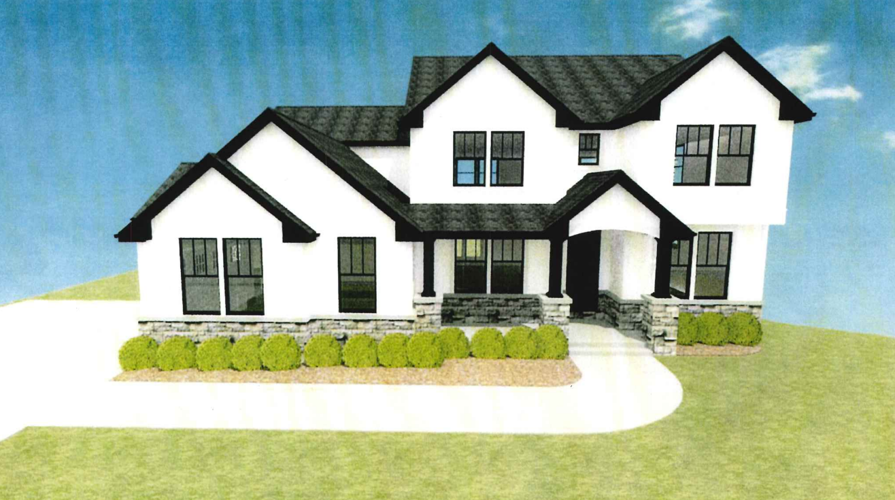 Two properties along Strecker Road have been selected for the Special Circumstances Overlay District. (Source: City of Wildwood)

According to Planning and Parks Director Joe Vujnich, the new SCOD designation is for properties that may need additional scrutiny due to being listed or delisted from any federal, state or local registry relative to environmental contamination, or any property located downstream from those sites.

The properties considered – 162 and 210 Strecker Road – are owned by the Marquart family.

The Marquarts have consistently maintained that these properties have been cleared of any contaminants by governmental agencies and that the SCOD label will devalue their property.

Scott Marquart has now threatened the city with legal action.

"If you include my property in the SCOD, you better believe there's going to be a suit for slander of title," Marquart told the council. "In Missouri, landowners are able to recover the loss of value on a property. The evidence will also show that there was malicious intent by the city and there will be extensive punitive damages awarded."

Marquart said he has already spent thousands of dollars and hundreds of hours defending his property and the cost of additional testing the city requires could cost $300,000, possibly more.

"My family stands to suffer significant damages," he said.

In 2020, the city hired a consulting firm hired to do a Phase 1 environmental site assessment on a portion of the Marquart property that was targeted for sidewalk use. The firm concluded there was a problem; however, engineer Keith Piontek said their conclusion was faulty.

"Their conclusions on the inadequacy of dioxin testing and cleanup levels were completely inapplicable to the Marquart property, as there's been dioxin testing on their property," Piontek said. "It's never been found."

There was no discussion at the meeting about the proposed SCOD properties. Nevertheless, the city council voted to approve the SCOD classification for both Strecker Road properties. Only Dan Flaschar (Ward 7) voted against the classification.

The council also approved a rezoning for the controversial Ashleigh Grove subdivision to be located on the west side of Center Avenue, south of its intersection with Manchester Road.

Nearby residents were concerned about the consistency and compatibility with existing residential subdivisions.

At the meeting, developer Dan Stegmann, of Cypress Real Estate, LLC, told city staff and officials, "You've got good architectural guidelines that kind of dictate about everything you can and can't do, as far as the porches, the siding, the roof, the overhangs ... it's very detailed."