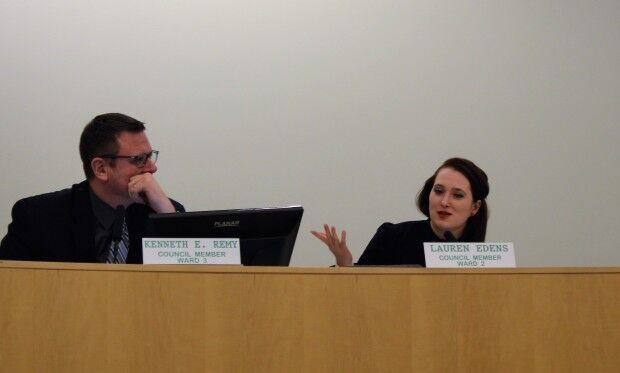 If you’ve signed up for the city of Wildwood’s e-newsletter, there’s a chance you might receive a solicitation not from the city. As city officials recently learned, the email addresses of Wildwood residents are not excluded from state Sunshine laws designed to provide transparency in government.

A Feb. 5 memorandum to the City Council written by Mayor Jim Bowlin stated: “It is also the case that, once released, the City has no control as to how such email addresses will be used by a third party, and such usage may [1] lead the recipients to believe that the email is authorized or otherwise sanctioned or approved by the City, [2] contain a message inconsistent with the positions and values of the City, and/or [3] cause concern on the part of the recipients that they were not informed by the City of the foregoing or informed their email addresses were released to a third party in the first instance.”

The memo was included in the packet of information provided for council members before the Feb. 10 meeting. At that meeting, City Administrator Sam Anselm presented a resolution to establish some rules around the distribution of email addresses held in the city database to any individual official or third party. The proposed resolution came after months of review by the city’s Administration and Public Works Committee and a review by City Attorney John Young.

“Residents entrust their elected officials to act responsibly and ethically,” council member Joe Garritano [Ward 8] said. “This policy will prevent a past incident from reoccurring.”

The issue was first raised months earlier when council member Niles Stephens [Ward 8] used email addresses from the city database to send out a communication. Stephens did so without permission from any other officials but contended he was well within his rights in absence of any rules prohibiting him from doing so.

Stephens was among the most vocal critics in opposition of the newly proposed resolution.

“This is a classic example of a big-government solution for a non-issue,” Stephens said. “The policy is creating a new bureaucracy, new rules, new limitations and new penalties in an effort to control public records.”

Stephens is running for mayor in the April 7 election, pitting him against Bowlin, who also is running.

“As my memo notes, I think it [is] important for us to address the core issue that brought us to the forefront,” Bowlin said. “Unfortunately, as we know now, we are not able to prevent those email addresses from being provided to those who request them properly.”

Bowlin asked the council to add three elements to the resolution, including:

Ultimately, a motion from council member Tim Woerther [Ward 7] sent the proposed policy back to the administration and public works committee.

Council member Lauren Edens [Ward 2] was among the minority who voted against delaying an up-down vote on the resolution.

“I think we could have used a different procedure and used an amendment from the council [to address concerns over the city administrator’s role] and still send the mayor’s recommendations back to committee,” Edens said after the meeting. “With the other objections that were raised, I don’t know those are likely to change in committee … we about talked it to death.”

Of the proposal that was put before the city council, Edens said, “We had a great draft that we worked from the federal government and other cities.”

Bowlin announced less than 24 hours after the council meeting that he wasn’t satisfied waiting for the administration and public works committee to debate the finer details of the issue again.

In a released statement, Bowlin said he will be seeking action from state legislators on an issue he contends is bigger than Wildwood.

“When our residents offer their email addresses and other private information for the sole purpose of being kept informed by their government, their expectation of privacy should be 100% kept,” Bowlin stated.

It could be a matter of weeks or months before any revised resolution is brought back before the Wildwood City Council.