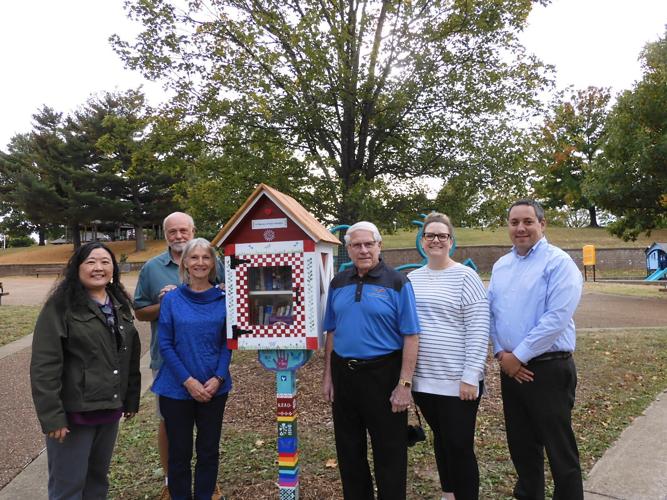 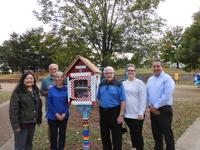 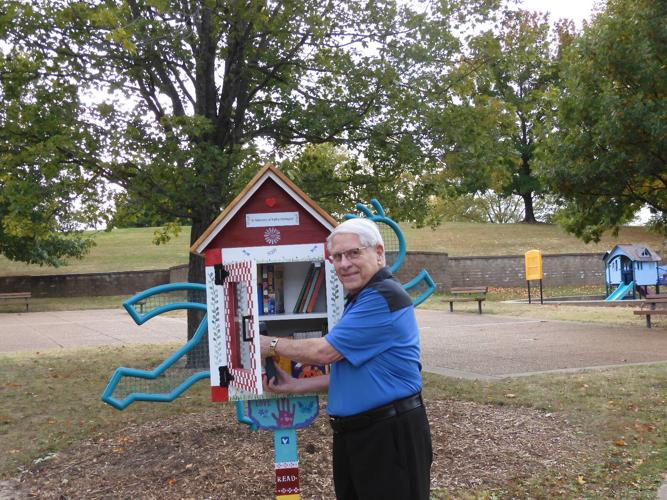 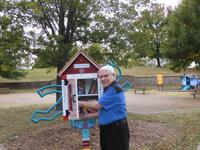 Ray Kerlagon at the Little Library installed in honor of his wife, Kathy, at Vlasis Park. (Source: City of Ballwin) 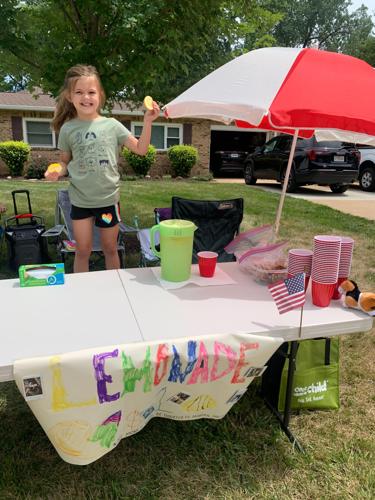 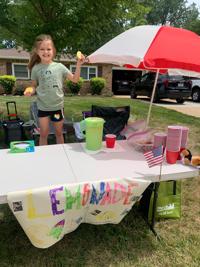 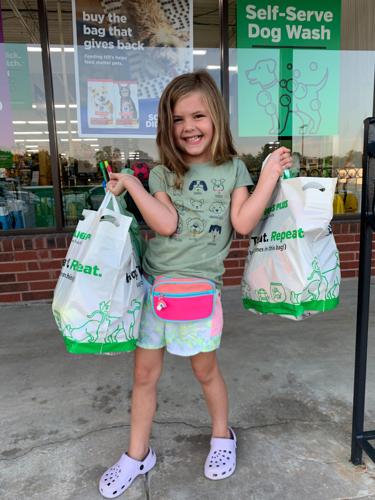 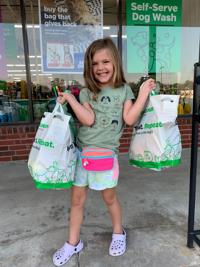 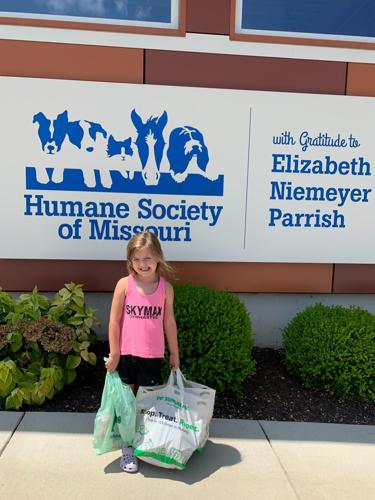 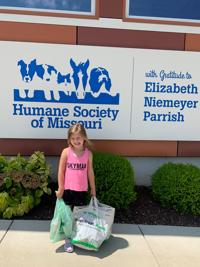 Far too many selfless acts go unnoticed. But not in Ballwin – at least not in the case of Olivia Pieknik and Shanley Gibson.

Pieknik, who serves as a Ballwin Planning & Zoning Commissioner, is the driving force of installing "little libraries" in all four city parks. Gibson, a Woerther Elementary kindergartner, spent a long, hot, 10-hour day selling lemonade to help animals in need.

Pieknik, who has resided in Ballwin since 1995, recalled how neighbor Randy Doege and his wife, Peg, were in the process of replacing the library in front of their house and offered Olivia the old one. Pieknik's husband, Chris, refurbished it by adding a new roof, door, post and some fresh paint. The couple then donated it to the city and the Parks & Recreation staff installed it at Ferris Park in June.

Pieknik was later granted permission to have "little libraries" installed in all four city parks.

On Oct. 14, one was installed in Vlasis Park in memory of Kathy Kerlagon, a two-term Ward 4 alderman who passed away on Aug. 8, less than eight months after her husband, Ray, announced his retirement from the same position. Kathy was a professor at Meramec Community College who truly enjoyed reading.

The relationship between Pieknik and Kathy began when the former started attending Ballwin Police Citizens Academy meetings back in 2001.

“I appreciated the kindness and continued support from Ray and Kathy when we participated in community events,” Pieknik said. “They both contributed to the city of Ballwin in many other capacities. I regularly visited Kathy while she was in Memory Care at Westview nursing facility in Ellisville.  She did not recognize me nor did she communicate, but sitting and being with her was all that was needed.

“Randy and Peg Doege wanted to share their love of reading, and Randy enjoys building so they built a library in front of their house. They also built a library for the subdivision, located on Twigwood by the pool.”

Peg, who worked for 28 years as a Librarian at Holy Infant School, did the Vlasis Park project’s decorations with her grandchildren.

Another library is set to be built and installed in New Ballwin Park this November. Alderman Ross Bullington (Ward 4) and his wife, Becky, funded the cost of materials for that project. Students at Holy Infant, where Peg teaches, will decorate that library.

“It is truly a community project, completed with the love of reading, of kindness and how the residents work together,” Pieknik said.

Meanwhile, Shanley’s lemonade stand was nothing short of a labor of love.

On the morning of July 26, the Humane Society of Missouri’s Best Buddy Pet Center was flooded with 9 inches of standing water from torrential rains. As a result, a good portion of its pet supplies was destroyed.

“I told (Shanley) that the Maryland Heights Humane Society, where we got out dogs from, was flooded ... so, she came up with the idea to do a lemonade stand to raise money to get them more supplies," said Shanley’s mom, Megan.

The preparation included a poster made by Shanley with Polaroid pictures of her two dogs, taken by her.

Shanley’s fundraiser took place at the house of Megan’s father, Ballwin Alderman Mike Utt (Ward 1). The $240 raised was ultimately used for purchases at Pet Supplies Plus.

“She was just so excited to take that money and go to the pet shop,” Megan said. “That was the most exciting part for her, and also dropping off the supplies. She also took some of her own money out of her piggy bank and donated it.

"She wanted me to tell you that the dog she gave money to was a German Shepherd dog with a cone on its face.”

Although they were told to drop off all donations at the headquarters on Macklind Avenue in the city of St. Louis, Shanley insisted on doing so at the Maryland Heights location because that is where they got their rescue dogs.

“She’s a very avid animal lover and her dad (John) and I couldn’t be any more proud of her,” Megan said. "She wants to open her own puppy daycare (when she grows up). But it’s not just for dogs. She wants to rescue all animals … She wants to rescue pets and also wants them to be able to come there while their owners are working. I love it! I hope she does it one day!”