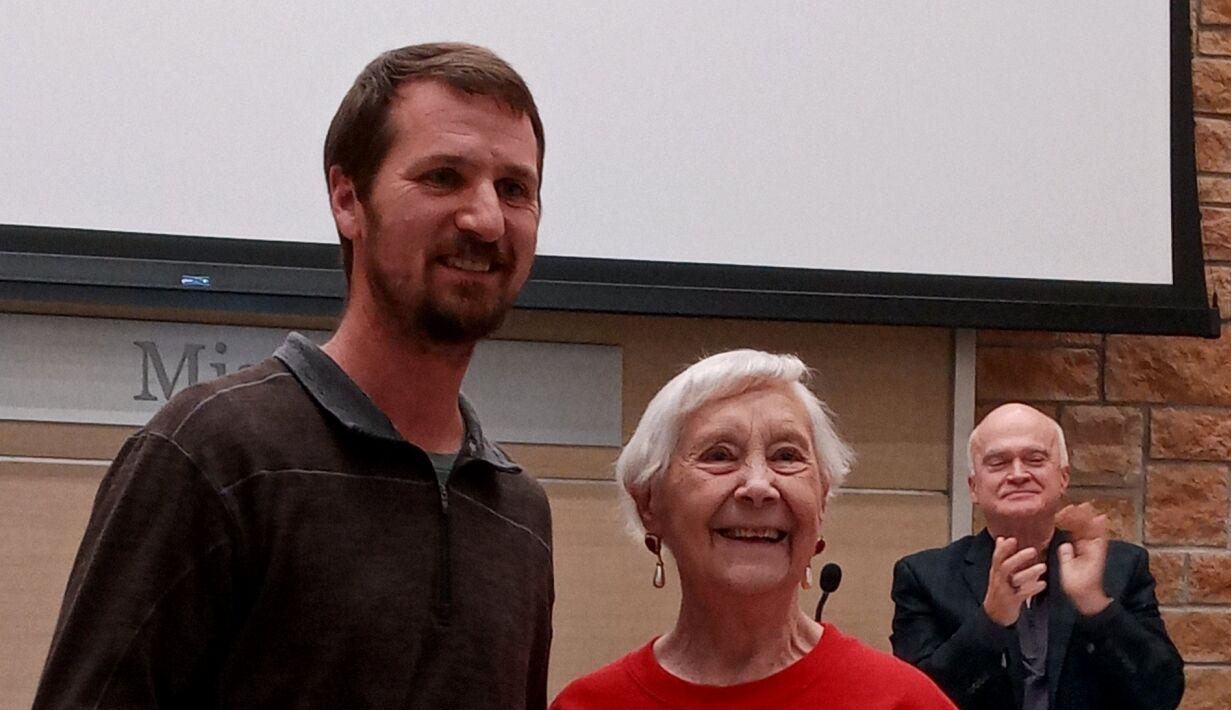 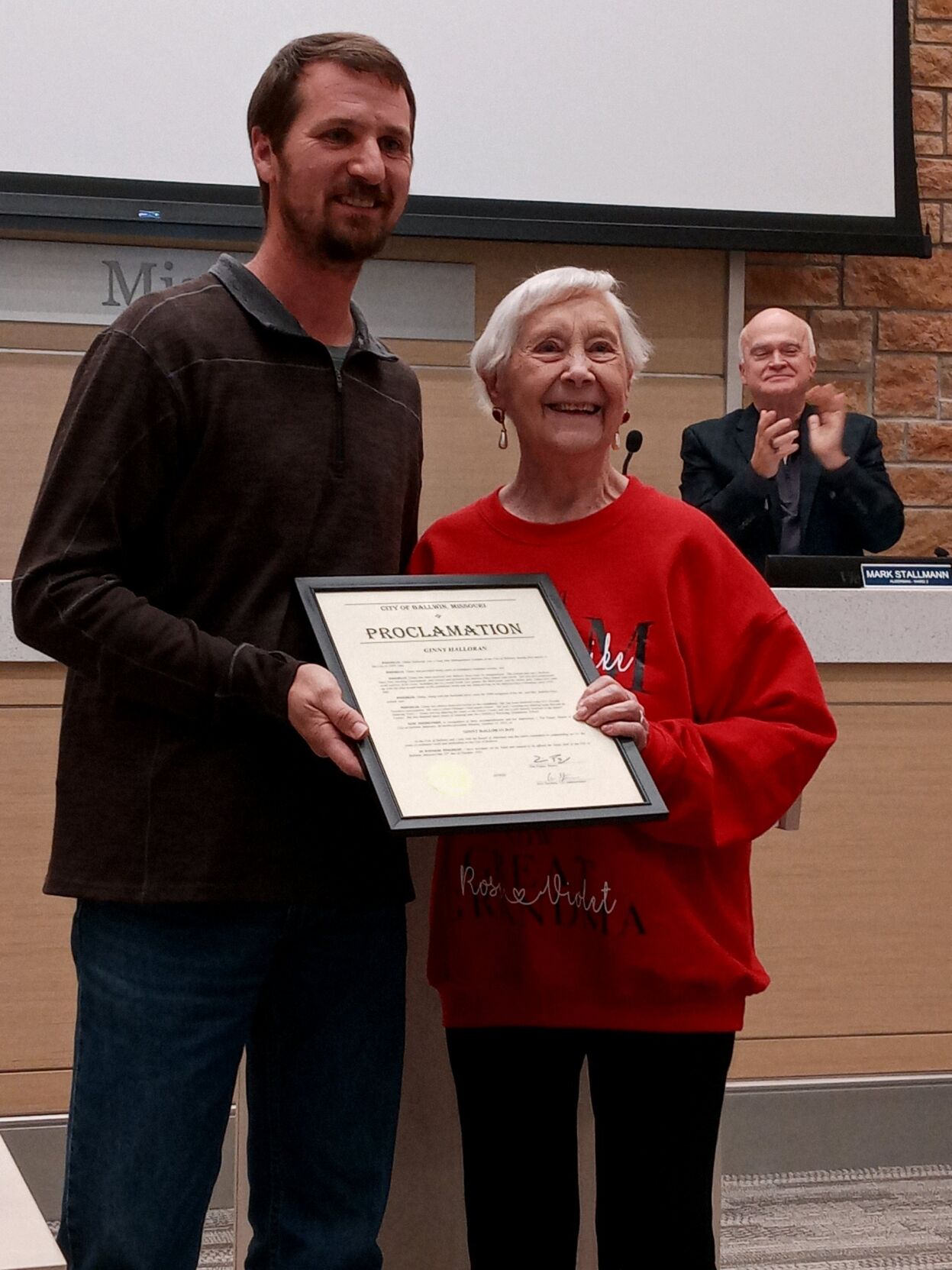 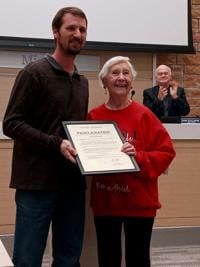 Once notified that it was her time to receive a proclamation at the Oct. 25 Ballwin Board of Aldermen meeting, Ginny Halloran was quick to reach the podium and quick to give her acceptance speech.

“I just want to thank all of you,” she said. “I was so stunned when Hedy (Boone, Ballwin’s superintendent of recreation) called me and told me about the proclamation. But knowing the people in Ballwin, my brother (former mayor Dick Andrews) has a street named after him in Vlasis Park and my husband (Jerry) has a plaque in the Ballwin Athletic Association right on the other side of Manchester Road, and you’ve made this complete. My family loves the city of Ballwin and the people of the city of Ballwin. Thank you so much, and we’ll go get dinner so you can finish your meeting.”

There was hearty laughter from everyone in the room, then a spontaneous chant in unison: “Wait! You have to get your proclamation!”

“Ginny has been involved with Ballwin Days since its inauguration,” the proclamation reads. “She started and ran a Ballwin Days Fair Bowling Tournament, and started and operated the Ballwin Days funnel cake booth. She also has volunteered in all aspects of the event, including the ice cream booth, kids’ games, the duck pond and the sucker pull. Ginny also came up with the idea to add books to the committee booth and has been serving on the Ballwin Days Committee since 1978.”

She and her husband were the 2006 recipients of the Mr. and Mrs. Ballwin Days award.

“Ginny has always been very active in the community,” the proclamation continues. “She has been involved in the PTA (Parent Teachers Association). She was a senior Olympic Gold medal winner. She had a winning tap-dancing team that put on Dancing Follies. Ginny led tap dancing for years at the Senior Center and she is still heavily involved at the Senior Center. She has donated many hours of tutoring time through OASIS at Westridge Elementary School.”

Pogue said, “I don’t know how much more I can add to this. I’ve actually had the pleasure of knowing both Ginny and her late husband for quite a number of years.  ... It’s a great pleasure to be able to give you this proclamation as a thank you for all the years of service you (have given to) this community.  Thank you very much, and it’s definitely not gone unnoticed.”

After more thanks and a thunderous round of applause, Holleran announced, “OK, we’re going to go eat.”

The next day she told West Newsmagazine that her initial reaction to Boone’s call was disbelief.

“I told them they had made a mistake,” Halloran said. “I’ve done different things in my life, but it’s always been things I’ve enjoyed doing, like tutoring at Westridge for 20 years. I figured the kids did more for me than I did for them.”

She mentioned how her brother started Ballwin Days and how the street leading up to the old city hall was named Andrews Parkway in his honor. She also added that a plaque at the Ballwin Athletic Association reads, “If you enjoy sitting here watching the ballgames, you can thank Jerry Halloran.”

Of all the activities in which Ginny has been involved, one of her greatest thrills is dancing.

“We used to go out and perform at a lot of retirement centers,” she said.  “We would perform there, and they would pay us money, but we would give the money back to the centers so they had money to do things.”

Though she no longer lives in the city, she proudly declared, “I’m still a Ballwin fan!”