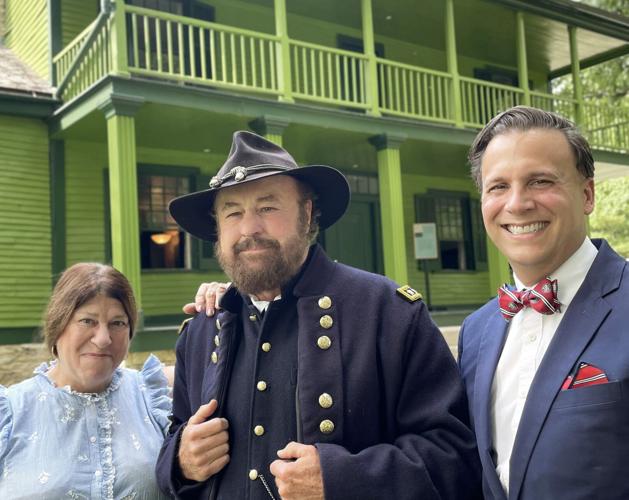 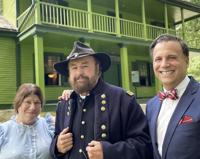 The Farm to The Gilded Table is co-chaired by Suzanne Corbett and Matt Sherman, pictured with Gen. Ulysses S. Grant, a.k.a. Stan Prater. (Photo by Jim Corbett) 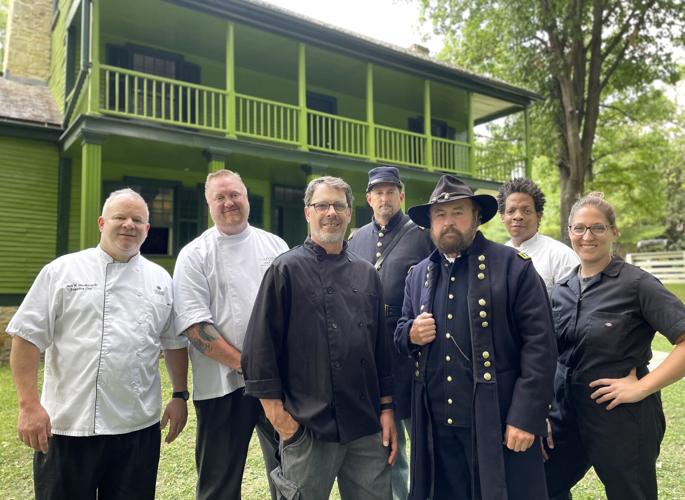 The Farm to The Gilded Table is co-chaired by Suzanne Corbett and Matt Sherman, pictured with Gen. Ulysses S. Grant, a.k.a. Stan Prater. (Photo by Jim Corbett)

Big birthdays call for big celebrations. Ulysses S. Grant’s 200th birthday bash, The Farm Table to The Gilded Table, is such an occasion. A culinary-inspired celebration honoring Grant’s Bicentennial, hosted by Jefferson National Parks Association and The Campbell House Museum, held Sept. 25, will give guests to opportunity to party like it’s 1845 at White Haven (The Ulysses S. Grant National Historic Site) and to continue to party like it’s 1875 at The Campbell House Museum.

The evening features historically inspired foods and libations prepared by St. Louis’s award-winning chefs, confectioners, brewers, winemakers and distillers. Presented as a moveable feast, guests travel between the Campbell House Museum and White Haven to sample, sip and enjoy period entertainment at the places where Grant lived and dined.

“The Farm Table to the Gilded Table is a very special opportunity to get a taste of the life of St. Louis’s favorite president, Ulysses S. Grant, in the places he knew best,” explained Andy Hahn, executive director of The Campbell House Museum.

Ices Plain and Fancy will provide a Victorian specialty – ice cream made with “liquid air,” which became the ultimate parlor trick of the Gilded Age. Federhofer’s Bakery will showcase vintage spice cake. But the sweets don't stop there.

At White Haven, guests should keep a look out for Necco wafers. The simple sugar wafer candy is what Grant chose to distribute to his troops as a pick-me-up treat during the Civil War.

Every culinary offering and sweet treat are based on or inspired by foods Grant would have been able to enjoy during his time in St. Louis.

As part of the evening's entertainment, Dance Discovery will perform period dances at White Haven, while The Independent Silver Band, a recreation of a 19th century brass band, will perform at the The Campbell House. Playing period music on vintage instruments, the band will recreate the concert that the Federal Arsenal Band played for Grant when he dined with the Campbells in 1875.

Special culinary exhibits based on each site's collections will be on display for guests. And, of course, Grant will be in attendance for guests to meet.

“This once-in-a-lifetime event has something for everyone. History lovers will enjoy the stately simplicity of Grant's White Haven and indulgent furnishings of the Campbell House; food lovers will savor the destination-inspired cuisine from fine local chefs at both locations, and music lovers can bask in the musical and dance performances of the 1800s as they stroll the homes and historic grounds,” said David Grove, president of the Jefferson National Parks Association. “Jefferson National Parks Association is pleased to co-host this unique evening whose proceeds will directly fund the educational programming and preservation efforts of both Ulysses S. Grant National Historic Site and the Campbell House Museum.”

White Haven, located in south St. Louis County, is the farmstead where Grant met his wife, Julia Dent, and later lived and farmed. Campbell House is the lavish 19th century home of Grant’s friend, Robert Campbell, where Grant attended multi-course dinner parties given in his honor. These two sties are the most significant Grant sites in St. Louis.

The Farm Table to the Gilded Table event begins at 5:30 p.m. on Sunday, Sept. 25. Tickets are $75 per person and include admission, food tastings, beverages and parking at both sites. Guests can begin the night at either location. To reserve tickets, or for more information, visit CampbellHouseMuseum.org/USGrant.