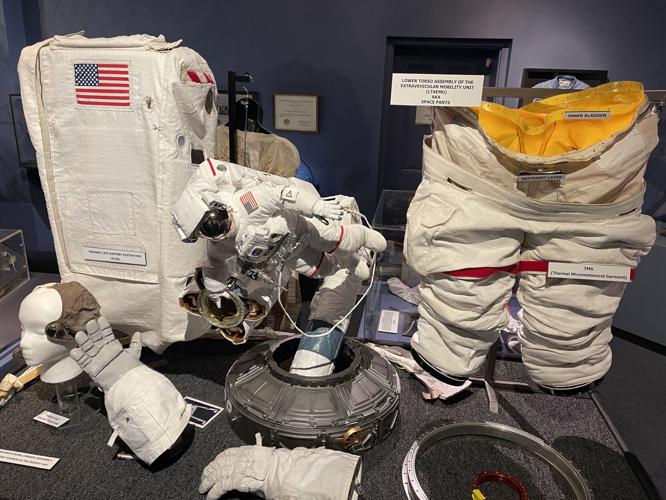 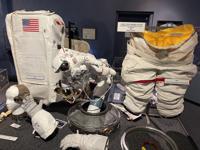 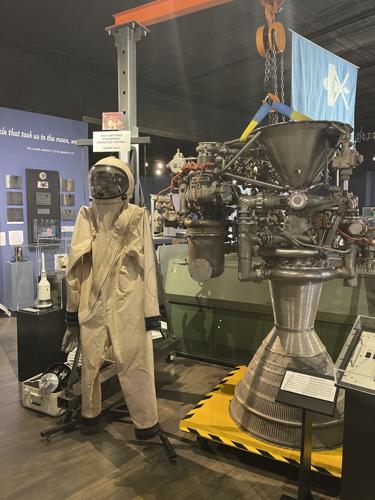 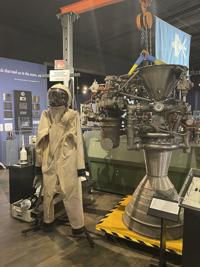 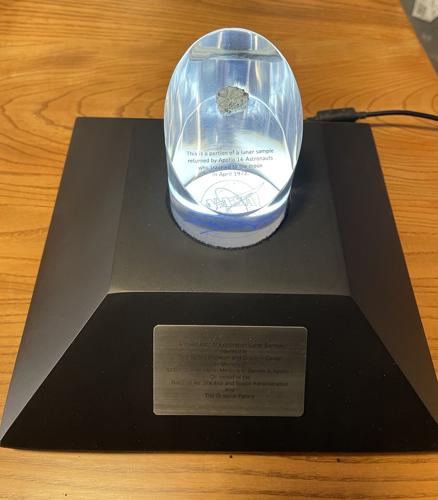 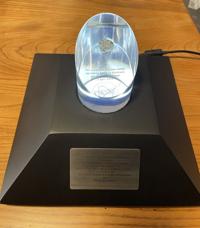 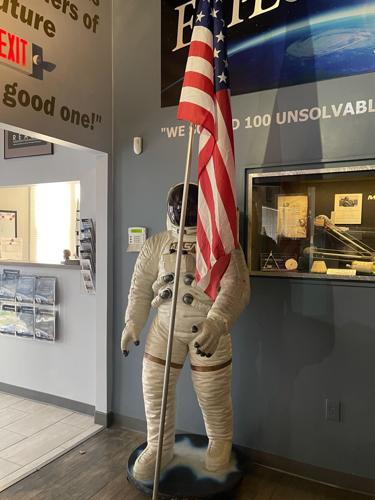 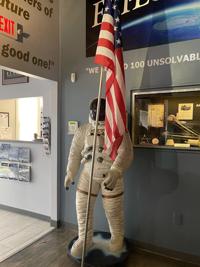 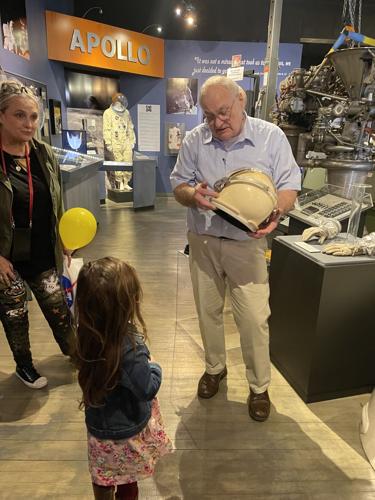 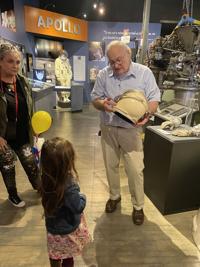 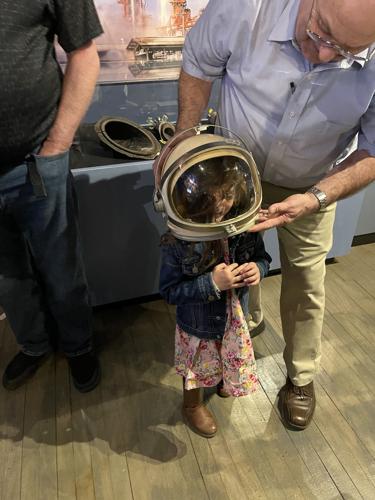 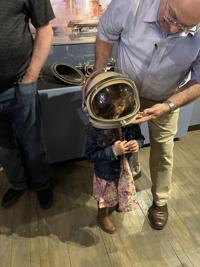 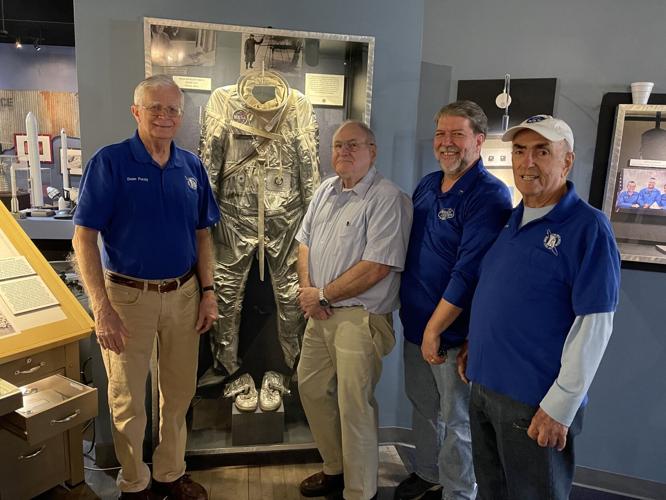 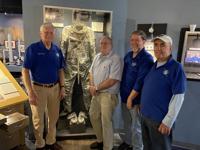 There’s a hidden treasure in Bonne Terre, Missouri, and it’s not the Billion Gallon Lake that now fills the abandoned Doe Run lead mine, though the world’s largest subterranean lake is something to see. No, this must-see is focused more on our history above the earth.

Now occupying the Doe Run Lead Company’s historic building is The Space Museum and Grissom Center. There, visitors will find a world-class collection of aerospace artifacts. If they’re lucky, they may get to meet museum founder Earl Mullins, or one of his dedicated volunteers, men like Lou Mavros and Dean Purdy, both of St. Charles County. Armed only with drafting tables, slide rules, dreams and imaginations, Mavros, Purdy and other  engineers at McDonnell Aircraft helped get American astronauts, including Gus Grissom, to the moon.

“A lot of people don’t realize that the Mercury manned space program started in Missouri,” Mavros said, as he began his tour. “We started the Mercury, then designed and built the Gemini and portions of the Sky Lab. On the one-man Mercury, all of it was designed on drawing boards. There were no computers. We did everything on the drawing board. Most of our calculations we did with a slide rule. Your cellphone has more capabilities than what we had on Mercury and Gemini.”

McDonnell Aircraft was selected in 1959 to build the country’s first manned orbitor. According to a time line of its history, the company had already been working on a manned ballistic rocket research system for more than a year.

Over his 40-year career with McDonnell (McDonnell-Douglas-Boeing), Purdy worked on “one jet program, three missile programs and eight space programs, mostly in design and middle-level management and program management.”

“I worked on Mercury and Gemini, the manned orbiting laboratory (Sky Lab), the Space Shuttle and the International Space Station,” Purdy said. “Both the Mercury and Gemini program originated right here in St. Louis. They were designed, developed and tested here. Then, shipped to the Cape (Canaveral Air Force Station in Florida). We had engineers that went with the spacecraft to the Cape and participated in all of the launch activities for both of those programs.”

Like Mavros, Purdy serves on the museum’s volunteer board of directors and on special occasions is on hand to give tours.

In describing the process of designing the spacecraft, he said, “We actually did some drawings – mechanical drawings – with phonograph needles. We would scratch through enamel on a mylar base. That was the way we designed much of the mechanical portions of the spacecraft at that time.”

Everything was so new. It was just vision, education and determination that lifted the space program off the ground.

“That is so true,” Purdy said. “Even though there was a background of high-performance aircraft within the country, no one at that point in time had ever built a spacecraft to go into orbit around the earth and bring a person back safely through the atmosphere. It was really a privilege to work on something that had never been done before.”

Like Purdy, Mavros enjoyed every day of his job and takes pride in all that he and those around him accomplished together.

“The astronauts, in my estimation, were all heroes, but it’s the people – the designers, the people that did the building, the tech people, the delivery people, the launch people – they are the ones that put men on the moon,” Mavros said.

It took a lot of trial and error. Mavros tells of one particular testing that went off nearly without a glitch.

“What the astronauts needed to get them into orbit was the Atlas rocket,” he explained. “The Atlas was a stainless steel balloon. If it was not pressurized, it would crumple up. So they would pressurize it. They used liquid oxygen and kerosene as fuel.

“One of my jobs was to design the test equipment that would test the valve on the top of the Atlas, which would release the pressure when the liquid oxygen boiled off while waiting for launch.”

Mavros said he designed all of the elements needed to test the valve on the ground and on the day of the demonstration, in front of company executives, “everything worked just great.”

“But when the pressure released, the amount of gas, was so great that it knocked the air conditioning ducts off the ceiling,” Mavros said during our tour.

As we turn from the Atlas model to move to the next exhibit, a family approaches with Mullins in the lead. He’s a man on a mission, heading toward a display that holds Grissom’s training helmet and gloves from his Gemini mission. Carefully, he lifts the protective covering off the display and removes the helmet. Then, he turns to the little girl, Harlan, who happens to live in O’Fallon.

“I want you to know this does not happen for everyone because this is a very, very rare artifact,” he tells her. “But will you try the helmet on?”

Harlan agreed to the delight of everyone around her.

The museum’s connection to Grissom happened, Mullins said, because the “stars were aligned.”

“Lowell Grissom did programs about his brother, Gus, and he had come to St. Louis … and I met Lowell there. I told him I was going to start a museum. At that particular time, it had nothing to do with Gus Grissom. But through the years, Lowell, for whatever reason seemed to have confidence in me and loaned me some artifacts from the Grissom family,” Mullins said. “I tell everybody that although Gus was our second American astronaut, I think we named the center more after Lowell than we did Gus because he opened so many doors for us.”

Lowell’s most recent visit to the museum was on April 2, Gus Grissom’s birthday. It was on that day that the museum received its most recent gift: Grissom’s Ambassador of Exploration Award, which was posthumously presented to him and contains an authentic lunar sample collected during the Apollo 16 mission in April 1962. The Space Museum and Grissom Center is one of just two facilities in Missouri to house a moon rock.

Mullins said his museum started off as a private collection but grew once he acquired a lease for the building in Bonne Terre, the town in which he lives.

Many of the artifacts it now contains have come from NASA through a non-monetary bid process that provides for the artifacts’ care and display.

“This is a God thing,” Mullins said of the museum. “I can’t tell you all the miraculous things that have happened to bring it to fruition. It’s like Gus’ space suit there. (He points to the suit just inside the museum’s entryway.)

“When I first started the museum, I coveted that space suit. I really wanted it here, and I asked the organization that had it if I could borrow it. They wouldn’t even talk to me. Well, they certainly wouldn’t let it go. So I gave up on ever thinking that suit would ever be here. We went ahead and called it the Grissom Center. That was a dozen or so years ago. Then, that organization fell on hard times, so they basically gave all their space stuff to us, and we got the space suit.”

The suit is just the tip of the iceberg when it comes to awe-inspiring artifacts, which is why the museum is such a great place for families, school field trips and older adult tours.

While work on the museum began in 2002, it did not officially open its doors until March 16, 2019. A year later the pandemic hit, so word of its existence is still getting out.

What To Know If You Go

The Space Museum and Grissom Center is open from 9 a.m.-5 p.m. on Fridays and Saturdays and from 1-5 p.m. on Sundays. Admission is $10 per person, with discounts for seniors and students. Children age 5 and younger are free. Additional information about the museum can be found at space-mo.org.